This article by Darkhan Medeuov, Camille Roth, Kseniia Puzyreva and Nikita Basov has been published in September 2021 in Applied Network Science – an open-access version may be found here.

It proposes an approach to compare semantic networks using concept-centered sub-networks. A concept-centered sub-network is defined as an induced network whose vertex set consists of the given concept (ego) and all its adjacent concepts (alters) and whose link set consists of all the links between the ego and alters (including alter-alter links). Vertex and link overlap indices of concept-centered networks make it possible to infer the similarity of semantic associations around a given concept for distinct actors. The results are further cross-evaluated by close reading textual contexts from which networks are derived, especially using written and interview texts from an ethnographic study of flood management practice in England. 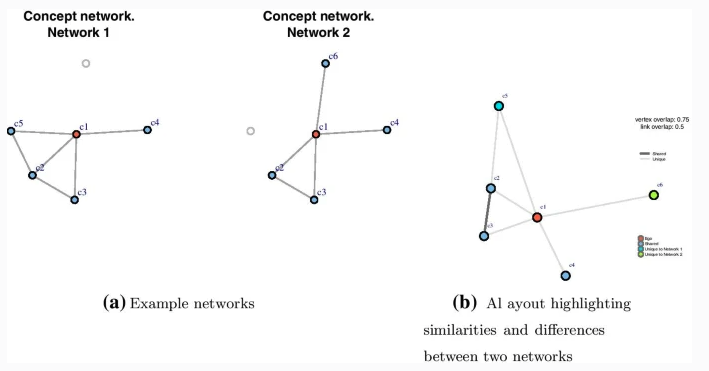 A former philosopher of science and cognitive scientist, Jonathan St-Onge just joined the team for three years under the supervision of Camille […]

This article by Camille Roth, Jonathan Saint-Onge and Katrin Herms has been presented at Complex Networks 2021: the 10th International Conference on […]